In the beginning, the goals of the Lakeland Pigfest were pretty simple:

▪ Raise money for local charitable organizations;
▪ Create a relaxing event for all walks of life;
▪ Eat some world-class barbeque!

As with any new contest, there were several years of trial and error trying to find the perfect “recipe” for success. During these early years, the contest was held in March or April; however, in 2000 a decision was made to move the contest to late-January. Each successive year has brought more contestants and greater attendance. But nothing was possible without the dedication of community volunteers.

In 2004, a Kids-Q Contest was added, and immediately became a permanent part of the event.

In 2008, Pigfest was expanded to include Friday evening activities. With the addition of live music and entertainment, fun food competition, and BBQ vending, the event continued to be a great success. To date, the Lakeland Pigfest has contributed nearly $500,000 to local charities and is recognized nationally as one of the best Kansas City Barbeque Society (KCBS) BBQ events in the country.

The mission of the Lakeland Pigfest, Inc. is to continue to promote and improve the event as it has since it’s beginning, so that it is enjoyed by the participants and our community and serves the charitable organizations of the greater Lakeland area and we are proud to report that this mission continues to be met!

KCBS is “the largest international organization of barbeque enthusiasts” and has sanctioned the Lakeland Pigfest since its first contest in 1997. Professional teams travel from all over the U.S. to compete in four categories: Ribs, Chicken, Pork and Brisket. They come for camaraderie and the Florida sunshine (what could be better than Florida in January!) . Some of them are even interested in the prize money. Over 200 teams from 17 states have competed in Lakeland since 1997. Many return year after year.

Publix Super Markets and Publix Charities have been major sponsors of the Lakeland Pigfest since 1997. The Publix Backyard Competition teams compete in the same four categories of Ribs, Chicken, Pork and Brisket. The difference is that the backyard group is composed of local teams, competing for bragging rights, ribbons and trophies. The backyard contest follows rules similar to the KCBS Rules and Regulations. Many members of the backyard teams attend Judging School to learn what the judges are looking for in taste, tenderness/texture and presentation. When they feel they’re ready, many go on to compete in the pro competition.

The Lakeland Pigfest’s first Kids-Q Cooking Contest was held in 2003. The contest follows all KCBS Kids rules and regulations. All children cook in a designated area on their own grills, and awards are presented at the main stage. 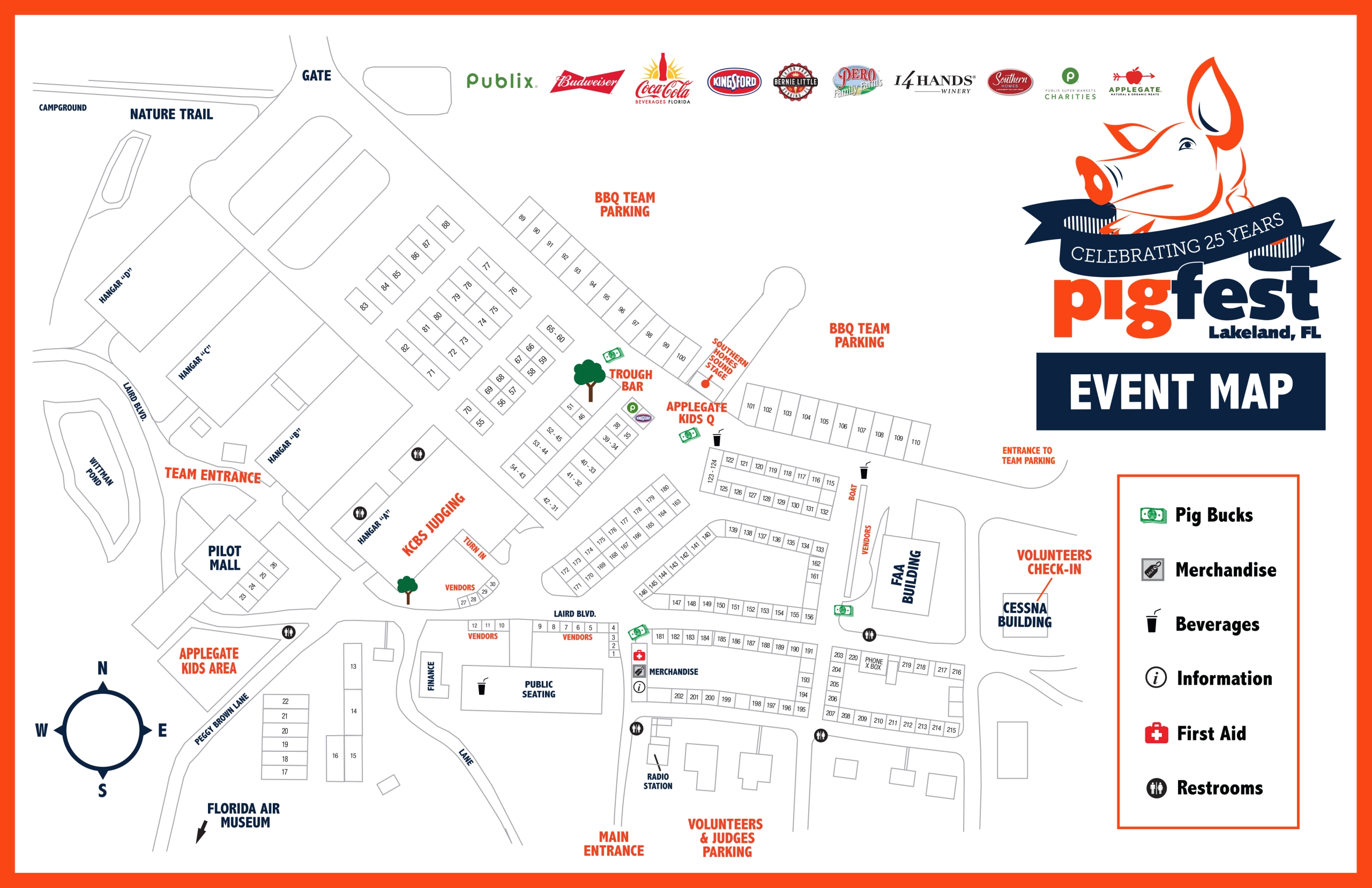